Nepal Mid-West Himal Region falls within Ganesh and Manaslu mountain range which is between massive Annapurna in the far west with Langtang in the east, one of the few explored and scenic trekking destinations. At present getting popular among trekkers and adventurer due to its remote and seldom walked areas within its pristine environment located North of Gorkha district that touches with popular Annapurna Circuit trekking after crossing a high Larke-la pass to reach Dharapani village in Manang. Nepal Mid-West Himal Region where few options to choose with Manaslu Circuit or Around Manaslu and Tsum Valley including Ruby valley or Ganesh Himal Trekking, where most of the walk leads you to complete wilderness where in some areas with the comfort of nice lodge around Manaslu and Tsum Valley. Nepal Mid-West Himal Region will certainly fascinate you with its ancient Buddhist culture visiting its interesting monasteries in Tsum Valley trekking or Manaslu circuit trekking, which falls close to next each other within Gorkha areas as well on old Trans Himalayan Salt Trade route of Nepal and Tibet, where trade still exists. Nepal Mid-West Himal Region walk to Manaslu involves high Larke-La pass above 5,109 m facing wonderful panorama of mountains, as well on Tsum known as the valley of happiness, which was closed for trekkers for decades now opened for you to venture and soak into its colorful culture and amazing scenery of mountains and beautiful landscapes. 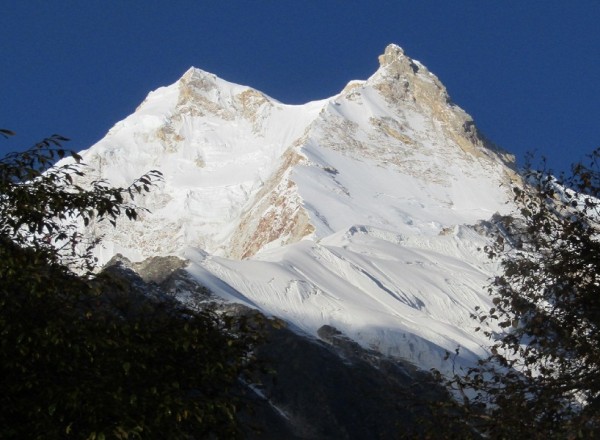 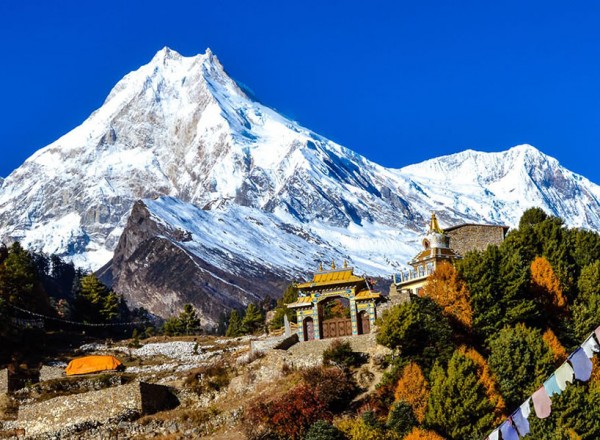 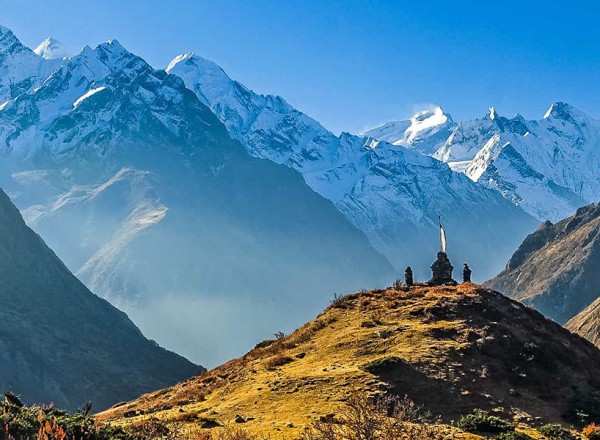